The concept of increasing and decreasing functions, so also, that of the maxima and minima will be clearer from the geometric analysis made as under:

Let the graph of a function f(x) appear as under: 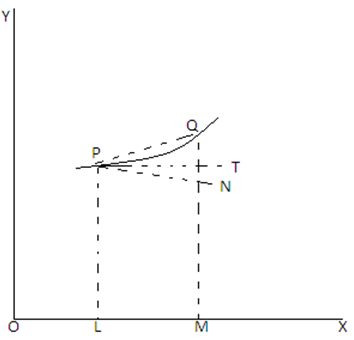 If, we carefully observe the variation in the slope depending upon the position of the line, the following important conclusions would be drawn:

The zero slope concepts help us in the determination of the maximum and minimum values of a continuous function.