Under this method, one or two regression lines are drawn on a graph paper to estimate the values of one variable say, X on the basis of the given values of another variable say, Y.

(i) When there is perfect positive correlation. i.e. r = 1 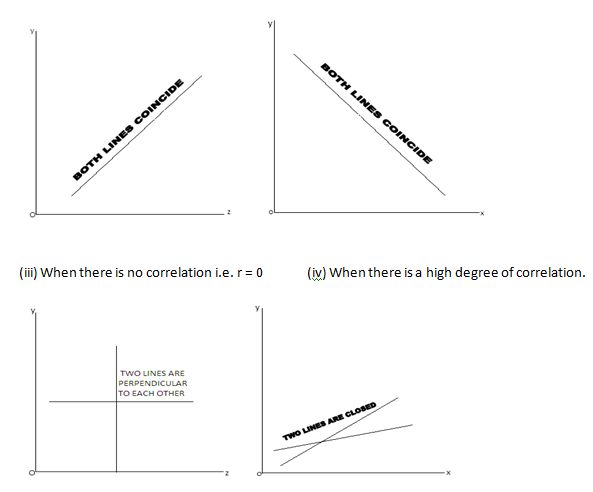 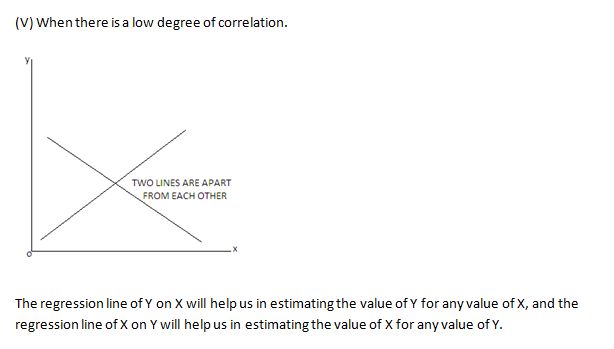