The following figure exhibits the specimen of a standard normal curve identified as above: 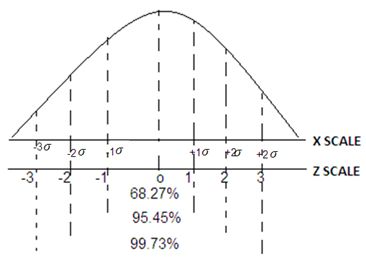